Cymatics is the study of visible sound and vibration.Typically,the surface of a plate,diaphragm or membrane is vibrated with varying sound frequencies, forming visible patterns in a thin coating of particles, paste or liquid. The earliest experiments are by Ernst Chladni, the father of acoustic research, who placed sand on metal plates and vibrated them by stroking them with a violin bow. 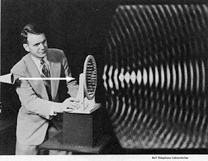 Early in the 20th century, Hans Jenny demonstrated that sound could create not only symmetrical patterns but also flowing, dynamic shapes. The patterns from Jenny’s experiments mimic astrophysical, geological and atomic events, like rotating spiral galaxies, solar flares, flowers blossoming and amoebae fusing. The videos on this page are experiments and commentary about the ways that sound, whether it be thoughts,spoken words, or the sound wave from a frequency generator, create form in matter.

These experiments,and the many that have followed, show there is a connection between sound,vibration and physical reality. A recent discovery of sound waves being emitted by a supermassive black hole in the center of the Perseus cluster corresponds with this thinking. The sound waves aren’t created by the black hole itself, but rather the spiraling hot gases on the periphery, and it turns out to be a constant B-flat but 57 octaves lower than middle C.

A Vowel A in a Sand

The Vowel ‘A’ in Sand by Hans Jenny

“In the beginning
there was
the sound…
the word…
the song.” 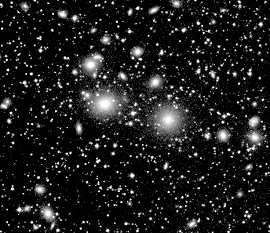 a) Sound creates form and has a profound effect on matter,
b) Each vertebrae of the spine responds to a specific sound frequency, and
c) By applying specific vibrational frequencies to the vertebrae, a sympathetic response is generated that activates the embedded harmonics within our bones, and as a result tunes our nervous system. 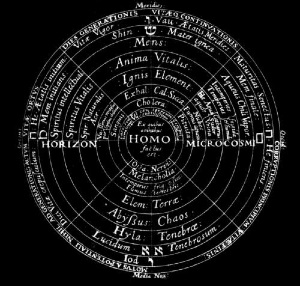